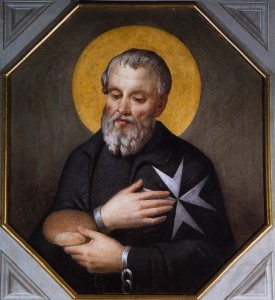 Guided by the mission “Tuitio Fidei et Obsequium Pauperum,” or “Defense of the faith and assistance to the poor,” the Order of Malta seeks to glorify God through work with the poor and the sick and witnessing to the Catholic faith. This sacred mission is almost 1,000 years old and finds its roots in a hospital that was founded by the Order of St. John to care for pilgrims at the Holy Land.

The birth of the Order of St. John dates back to around 1048. Merchants from the ancient Marine Republic of Amalfi obtained from the Caliph of Egypt the authorization to build a church, convent, and hospital in Jerusalem to care for pilgrims of any religious faith or race. In 1113, Pope Paschal II bestowed the Papal Bull upon the Hospital and it became a lay-religious order under the guidance of Blessed Gérard Thum. The constitution that was developed inscribed the Order’s duty to provide military defense of Christian pilgrims and the sick, and guard the Order’s medical centers and main roads. The Order thus added the task of defending the faith to that of its hospitaller mission. All the Knights were religious, bound by the three monastic vows of poverty, chastity and obedience. As time went on, the Order adopted the white eight-pointed cross that is still its symbol today. 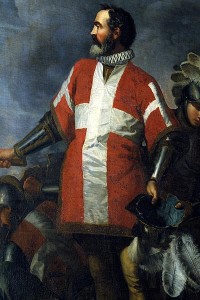 In 1310, the Order established its seat on the Island of Rhoades, which as a strategic location, linked the eastern and western worlds. As a result, the Order built a powerful naval fleet that sailed the Mediterranean defending the Christian world.

In 1530, with the approval of Pope Clement VII, Emperor Charles V granted Fra’ Phillipe de Villiers de l’Isle Adam the island of Malta, thereby giving the Order its first territory. The Knights transformed Malta, building Churches, palaces, and a large new hospital, that was considered to be one of the best organized and most effective in the world. The Order also created a school of anatomy and medicine that is partly credited for developing ophthalmology and pharmacology. The Order’s robust naval fleet played an important role in many significant battles against the Ottoman Empire and African pirates in the Mediterranean Sea. The Order’s participation in these battles, particularly the Battle of Lepanto in 1571, helped save and protect the Christian faith and halt the Ottoman Empire’s expansion into Europe.

In 1798, Napoleon Bonaparte invaded Malta. Due to the Order’s code prohibiting raising arms against Christian nations, the Knights were forced to leave Malta. In 1834, the Order established its seat in Rome, where it remains today. 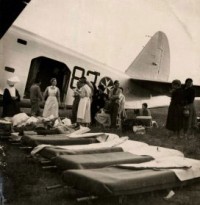 Hospital aircraft of the Order of Malta set to transport the injured, 1950

SERVING THE SICK, POOR AND ELDERLY FROM THE MIDDLE AGES
THROUGH THE 21ST CENTURY…AND BEYOND

Over the centuries, the Order has defended the faith and maintained a tireless commitment to serve the marginalized and sick. During the 20th century’s World Wars, the Order carried out large-scale hospitaller work to care for the wounded bringing the balm of Christ to those in need.

Following its historic mission to help the sick, the needy and the most disadvantaged in society, the Order of Malta continues its work today, operating in more than 120 countries. The Order relies on the involvement of its 13,500 members, as well as approximately 80,000 trained volunteers and 25,000 employees. Our programs include medical and social assistance, disaster relief, emergency services and first aid corps, help for the elderly, the handicapped and children in need, and support for refugees and internally displaced persons regardless of race, origin or religion.

Today, the Order of Malta is the only surviving order from the Middle Ages that is both religious and sovereign. 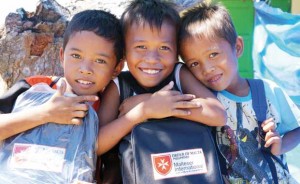 First day of school backpacks distributed
to children in the Phillipines 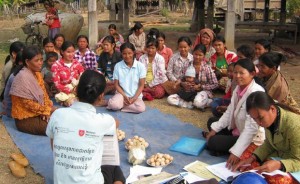 Instructing future mothers on pre- and post-birth preparation, nutrition and hygiene in Cambodia. 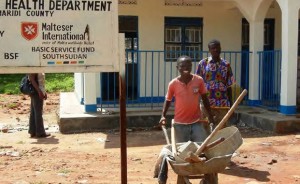 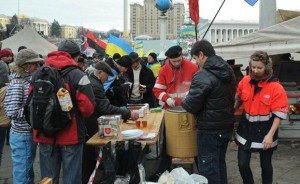 The relief corps of the Order of Malta in Ukraine runs a field kitchen on Independence Square (Maidan), the main site of clashes between protesters and government troops in Kiev.